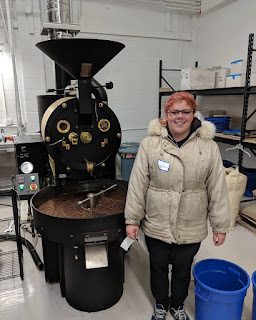 Over the last decade, coffee culture has undergone a big change in the United States. It is a movement often referred to as the third wave of coffee. And this new approach is opening up big opportunities for business as mission (BAM) ventures, especially in places throughout Europe.

Right after World War II, the first wave of coffee culture hit the American shores when the industry was invented with uniform roasts, mass produced for people less concerned about taste and more interested in price and a morning jolt of caffeine. In the 1990’s, Starbucks grew second wave coffee from a small shop in Seattle to locations all over the world. Second Wave coffee was defined by mass produced dark roasts emphasizing good taste that could by uniformly experienced in any of its stores.

We are now in the middle of the third wave coffee movement where specialty stores are producing high-quality coffees of different styles and tastes. These coffees are roasted to the specific profile of the bean as determined by its type and region to maximize taste and quality. The movement is defined by an openness to lighter roasts and a selection of coffees that are individually styled to avoid commodification.

The third wave has been underway in large cities in the United States for over a decade. Indeed, in some cities like Denver, specialty coffee shops are close to maximum saturation. But in other places like Europe, third wave coffee seems to be at the starting gates of popularity. In regions where coffee has long been defined by the dark espresso bean, countries like France and Italy are beginning to see a growing desire among its customers to experience coffee in new ways. For business as mission practitioners, this creates an opportunity to start new ventures that employ individuals rebuilding lives.

In Denver, Colorado, Belay Enterprises' Purple Door Coffee startup began 6 years ago to employ young adults transitioning from homelessness. A few years into the project, an unexpected investment propelled us into opening an off-site roaster to create more jobs while producing our own coffee. Very quickly, we discovered how optimal our roasting facility was for employing and training people, almost to the point where we wished we had started with the roaster instead of the retail store. Our warehouse production facility was able to employ more young adults in a setting that was excellent for mentoring and job training. And the coffee roast produced were extremely profitable,

All together, our experience with the roaster in Denver and the growing desire for third wave coffee in other countries points to a unique opportunity for business as mission. Coffee roasting BAM's provide a chance to employ disadvantaged employees like immigrants and refugees while they work to transition into their new countries. And the nature of the roasting business offers an extremely relational environment that provide lots of room for coaching, personal development and working with individuals learning a new language. If the market research in a community shows an openness to third wave coffee, a roasting operation is one of the best venture opportunities for serving people rebuilding lives.

- November 13, 2009
(Updated 7-6-11) I had the good fortune to attend the Christian Community Development Association’s annual convention this past month in Cincinnati, Ohio. One of my favorite experiences at the event was spending a lunch with Ryan VerWys of Kingdom Causes in Bellflower, California. He leads an innovative community development organization that has incubated a promising landscaping business as mission called Good Soil Industries . This project is a true faith venture that seeks to employ homeless and economically disadvantaged people in a self-sufficiency discipleship and job-training program. If you are a business owner or property manager in the Bellflower area, you should consider helping individuals rebuild lives by contracting Good Soil Industries for your landscape maintenance needs. For more information, call Joel Holwerda at 562-688-5010 or Taylor Seger at 562-502-7716. I also enjoyed brainstorming with Ryan about future faith venture projects. One exciting project has
Read more