Risk: Not an Either/Or Decision

Over the years, I've seen that in the area of start-ups there are three types of people:

Those who start things, those who want to do it but fear it, and those for whom starting isn't ever seen as a possibility. 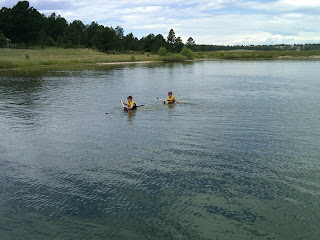 America was founded by people who were willing to take the risk of getting into a boat and creating a new future. Today, we have become a culture largely afraid to risk. We tend to fall into the last 2 categories of people; we either fail to start because of fear, collapsing into a state of paralysis by analysis, or we don't realize starting is something we can all do.

In my experience, risk is not an either/or decision. It's something we all need to face daily in our lives whether starting up a business, interacting with others, or working for someone else. Today's world reward people who are willing to be creative in all areas of their lives and who are not afraid to act.

Paradoxically, our culture is permeated by fear at the very time in history when it's easier to recover from mistakes than ever before because of the ease and ability to spread ideas. A business or career mistake is very rarely fatal with the ease by which one can reinvent themselves around new passions and goals.

So you don't have to have it all figured out before you start. Just prayerfully sense God's call and start.
Entrepreneurship Faith and Risk Reflections