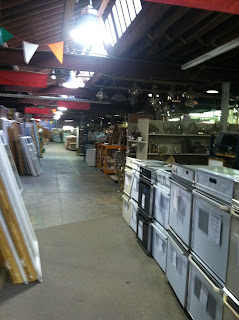 In most job interviews, an employer looks for the most qualified person for the job. At Bud’s Warehouse, we put a different twist on the idea of “most qualified.” As a faith venture that provides employment and job training for individuals rebuilding lives, our interviews are less about finding the most qualified and more about finding someone who can’t find a job elsewhere because of a felony conviction or a past addiction. If someone appears able to find a job somewhere else, we are less likely to hire them and quick to refer such a person to a job placement organization like Denver Works.

One of my favorite stories is about how far we are willing to take this idea. A few years ago, an owner of a neighboring business discovered someone stealing copper from our yard at 3am in the morning. He called the police with a license plate number and they arrested the individual. The next day, the police called us to see if we wanted to press charges. The policeman, who was familiar with our project, suggested that there might be some other way to resolve the issue. Our warehouse director offered that the man could volunteer at the warehouse to pay off what he stole. The man agreed and started working at Bud’s later that week. We really liked him and discussed him coming to work for us. But he disappeared the day after he paid off his debt. We were saddened by his departure because we thought it would be fun for him to share about the job he literally stole.
Bud's Warehouse