Ed and the Bike Tires

- March 30, 2011
Sometimes when you receive a gift, you can’t help but change your life in response.

I met Ed at a homeless shelter 12 years ago on the same day 9News aired its story on Bud’s Warehouse. It was a cold February day and I accepted the shelter’s invitation for a tour and a soup luncheon. 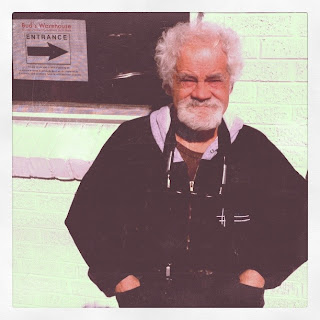 Ed enthusiastically introduced himself to me after he found out that Bud’s Warehouse might have a job opening. I quickly hired him because of his endearing personality and his promise that no one would do a better job.

And he’s been associated with Bud’s Warehouse ever since.

If there’s one thing you need to know about Ed, it is passion for his bicycle. People all over Denver recognize Ed as a he passes by on his blue three-wheeler complete with a bugle horn and metal baskets.

A few Christmases ago, Ed was upset because his bike had three flat tires. He couldn’t find tubes to fix them. And not being able to use his bike was terrible.

We gathered later that week for an office gift exchange. Ed was presented with a festively wrapped box from another employee. His eyes lit up after he opened the gift and discovered three bike tubes.

But then a look of concern crossed his face. I knew exactly what he was thinking and I quickly spoke up.

“Ed, if they don’t work, we can return them and get the right size,” I told him.

He paused, examined the tubes, then looked at me and said, “Or I could get a new bike.”

Ed understood that the only proper response to such an unexpected gift…the way to honor one of the few presents he was going to get that Christmas season was to find a new bike to fit the tubes.

And he provided a beautiful picture of grace.

It’s not hard to see how our world suffers because of sin. We are all fundamentally addicted to ourselves. That is the root cause of so many problems in our families and in our communities.

But before we could clean ourselves up, while we were still trapped in our selfish condition, Christ died for us. Three days later he rose from the grave transforming a bunch of fearful followers into outspoken witnesses of him who were willing to die themselves because of what they had seen. And most of them did die as a result but they trusted Jesus’ promises that they, too, would have eternal life.

Jesus’ death and resurrection from the grave is the most important gift ever given to each of us. And like in Ed’s case, the only response is to allow this unmerited gift to change our lives, because nothing can ever be the same again.

If, when we were at our worst, we were put on friendly terms with God by the sacrificial death of his Son, now that we're at our best, just think of how our lives will expand and deepen by means of his resurrection life! Now that we have actually received this amazing friendship with God, we are no longer content to simply say it in plodding prose. We sing and shout our praises to God through Jesus, the Messiah!   Romans 5:10-11, The Message